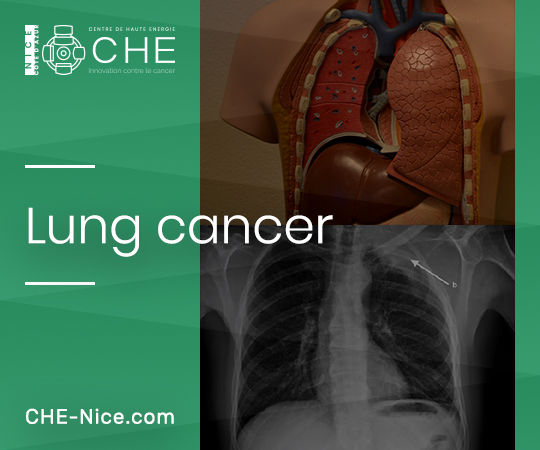 The choice of treatment takes place individually. It depends on the characteristics of the existing cancer: the location of the tumor (thoracic scanner and bronchial fibroscopy are performed to determine the location), its histopathological type (i.e. the type of cells involved) and its stage (the extent of spread is assessed using PET with 18 FDG contrast and MRI of the brain).

If the necessary analyzes are available, the situation is discussed during an interdisciplinary coordination meeting (RCP), which brings together at least three doctors of different medical specialties. Considering the specifics of the situation and relying on decision support tools, called Best Practices Recommendations, doctors prepare a treatment protocol.

For lung cancer (squamous cell carcinoma or adenocarcinoma or small cell lung cancer), surgery can be offered as a first-line treatment, it all depends on how operable the tumor and the associated lymph nodes are.

Preliminary chemotherapy can be performed to facilitate removal. Adjuvant treatment (after surgery), such as chemotherapy or radiation therapy, may be indicated in accordance with the histopathology report.
If the tumor is localized and has a small size <6 cm, then stereotactic surgery can be proposed for inoperable patients, without damage to the lymph nodes.

Five or eight sessions are carried out (for example: 60 Gy in 8 fractions of 7.5 Gy), depending on the target. For locally advanced types of lung cancer with invasion of the lymph nodes into the mediastinum (stage IIIB): an exclusive radio-chemotherapy followed by immunotherapy (PDL 1 inhibitor) is offered for one year (for example, carboplatin-taxol and durvalumab protocol). In the case of damage to the lymph nodes of the mediastinum, radiotherapy is performed in a total dose of 66 Gy during 33 procedures.

For small cell lung cancer or small cell neuroendocrine tumor, an extensive examination is necessary to evaluate the spread. If the tumor is localized, radio-chemotherapy (carboplatin and etoposide) is suggested. If cancer is widespread, chemotherapy in combination with atezolizumab immunotherapy (an anti-PDL1 inhibitor) is proposed as the first line of treatment.

Preventive cerebral radiotherapy therapy may be the recommended indication for patients with small cell lung cancer, even if brain MRI does not show the presence of metastases, this helps to avoid their further appearance.
Show map
High Energy Center offers the most advanced cancer treatments for local and foreign patients.